what's all this for?

well, as im sure you can tell, its a whole lot of tsumugi aoba. for obvious reasons that youve read other places on the site, i think about him a whole lot! this is just a collection of images, art, and writing about him and related characters. i do not consider this a shrine, just bullshit.

do not use the art on this page for your own purposes (icons, headers, edits, etc.). do not repost the art on this page. if you see my art posted anywhere except from me directly on discord or on this site then i did not post it, please ask them to take it down or report it.

i am woefully unambitious with my art, i get burnt out on my bigger ideas quickly. here are two pieces i gave up on that i still like. maybe ill try to finish them someday.

cover me in roses - holden laurence

a vague sketch for something i wanted to be more, its based on the linked song. i find it to be a very lovely depiction of a hazy, unclear relationship. one where its everything you want, but you know its fragile and terrible for you. i dont think i depicted that well at all, my intention was more of a lovely burial really, not that you can tell from my one and only sketch above. its a bit of a reversal of tsumugi and natsumes relationship, though, its not very often natsume would submit to a gentle death. its a concept im a bit obsessed with, the softer side of their romance. little fact, while the bluebird is obviously in reference to tsumugi, i mainly tried to copy the expression natsume has towards it from this card. its one of my favorite pictures of natsume, isnt he beautiful?

i am the antichrist to you - kishi bashi /// his hands - blegh

this is a hard one. silly, isnt it? its based off both of the linked songs, in some sort of tug and pull way. its a bit of a weird spot between both element and wonder game as well. just the war. how i interpret the war in a much more charged way. its the way natsume allowed tsumugi into his secret, his safest place on campus. every single time. despite the way tsumugi, as a part of exfine, tormented natsume and the rest of the oddballs. how he stopped tsumugi from giving up after exfine disbanded, when he didnt have to. i think natsume could see it, that tsumugi was lonely, that he clung to eichi for the promise of love and being part of something more. i think natsume has always loved tsumugi. if he didnt... i dont know why hed put in so much effort, as far as much to prevent his suicide and offer his life for tsumugis reform. natsume couldve gone on, achieved more alone, or with trickstar as originally planned. but he didnt. he gave up every other opportunity for tsumugis sake and the idea of repentence through building something better. its love, healing, moving on, all without forgiveness.

ill revisit my feelings on their relationship soon, for now here is the link to a fanfic i published a while back if youd like more of my actual creative work about them. i find it really hard to share my actual written works involving tsumugi, i hope i can bring myself to post more soon.

wow! wow wow wow! lucky me that i finally get the shumugi shuffle event ive been begging for. i made quite a few gifs to honor the occasion (mostly of tsumugi, cue shock).

so far i havent found anyone translating the story or song and my japanese is total ass so i can really only speculate off of the announcement blurb for now, but im very excited! the story is apparently about shu stumbling across tsumugi in a cafe he enjoys visiting, only for the pair to learn the cafe is having financial troubles and will have to close. with the (questionable) "help" of yuuta, tsukasa, and koga they find a way to save the cafe (assumedly through singing, dancing, and dressing like royal d&d starbucks baristas).

overall, a very cute idea for an event! the song (heart aid cafe) is very fun, though i was hoping for jazz... well, what im really hoping for is some classic shumugi bullshit. as ive mentioned previously, i have a vested interest in the nightmare of shumugi, more exactly i view it like your average romcom/drama--think love, simon, except instead of an "i love you" and kiss at the top of a ferris wheel its like the ferris wheel crashing and burning (ie. the war).

i dont really see them as ever having a real romantic relationship, i more just enjoy them in theory as previously described. though, i do hope for a bit more playful frenemies and i really hope the new story leans into that, especially as its been established in the (fairly ass and trash) main story where in shinsekai its addressed that shu is slowly recovering and accepting what happened and isnt as angry at tsumugi as he used to be. this is probably something i should get into more detail later, so let me get back to the actual shuffle event for now.

the outfits are my favorite part of the superficials, i like how it matches with tsumugis wonder game outfit (view: the giant splash to the right). i also just love tsumugi in green, most of his stories where he experiences some sort of growth have him dressed in green (as well as green, just, being switch's unit color which i have some soapboxing to do about that). i need to reread both book fair & easter night before i say anything on them, so put a pin in those and ill talk about a few others and maybe return to those two at a later date. ill also probably expand on my thoughts about each of the below stories later on, since i just wanna get the quick tldr out of the way to explain why i am praying begging hoping that the new story includes some growth as well.

- wonder game: starting to accept that natsume does love him (i guess platonically, if you want to read it wrong) and that he is a valuable and wanted member of switch. realizing true future happiness in switch with natsume and sora.
- element: (remember my soapbox?) the creation of switch, which i probably shouldve listed before wonder game but i already made the below graphic. switch was created for both tsumugi and natsume to build something new and hopeful after the war, for tsumugi to repent and natsume to watch over it. it represents a whole new outlook for tsumugi in the form of an ugly as fuck outfit which, does somewhat get better, but was just awful for all of ! era.
- next door: re: wonder game, a story dedicated to tsumugi's happiness as well as him realizing he cant keep focusing on the future (which gets expanded on in soras focus event, magic lantern). him realizing that he can be happy without doing what his mom did, what she expects him to do, its really wonderful. i think id rather expand on it more on its own later on though so lets move on.
- tri-lights: re: re: wonder game, this is a bit of a stretch since its not the main accent color, but the entire story is about tsumugi finally, finally embracing his spot in switch. he also reveals that the name for switch was originally intended to "switch" natsumes mentality from the pessimism of the war and lying to natsume telling him it was "s(ports) witch", which is honestly stupid as hell, but adorable that thats the only way natsume wouldve accepted the name. and then sora joining changing the meaning from all of that to "switching from reality to fantasy" ie. the s stand for sora... i dont think this makes very much sense, but tldr: tsumugi embracing switch in full is very dear to me.

obviously this doesnt account for stories like pleiades, where he is not in green but experiences immense growth, but that doesnt fit into my conspiracy board of tsumugi greenery now does it? anyways, i expect shumugi growth this story and if i dont get it ill write it myself.

this was drawn over a screenshot of madame gina from my favorite ghibli movie, porco rosso. according to the screenshots i sent my friends throughout the process this took around 4 hours, though id take at least an hour off of that. i have a tendency to goof off when drawing.
i think if i made a serious porco rosso au for natsumugi id make natsume marco and tsumugi would be gina. tsumugi waiting every day for natsume to come see him, natsumes internal struggle of moving on "without" the oddballs. eichi probably wouldnt exist here, so maybe shu could be tsumugis deceased husband? in an idealized world where shumugi wouldnt be my dream trainwreck, of course. without eichi, tsumugi wouldve remained shus "dear friend" (homosexual lingo), so i think itd be more accurate. 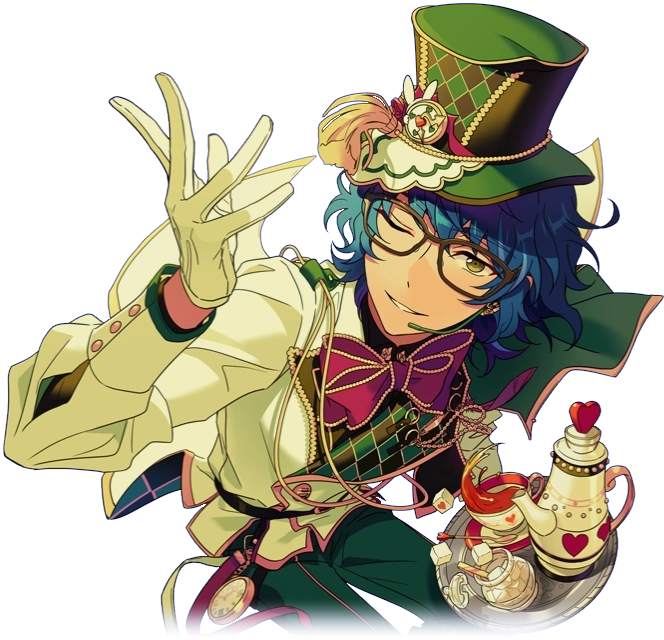